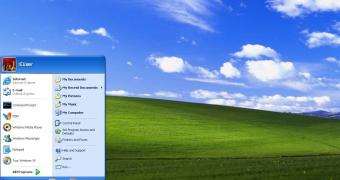 While all eyes today are on Windows 11, not all users out there are running the latest and greatest in terms of Microsoft operating systems.

And no, I’m not talking only about those users who are stuck with Windows 10 because their devices do not meet the Windows 11 system requirements, and not even about people who are still on Windows 7.

There are plenty of them too, but as weird as it may sound, some computers continue to run Windows XP even though this operating system launched no less than 20 years ago today.

In other words, yes, Windows XP is now 20, and if you haven’t moved to a newer version of the operating system, it’s probably time to just let it go.

Windows XP reached the RTM on August 24, 2001, while the general availability was announced on October 25 the same year. And as we all know, its debut was something really big, with Microsoft turning to all kinds of stunts to show everybody just how important Windows XP really was.