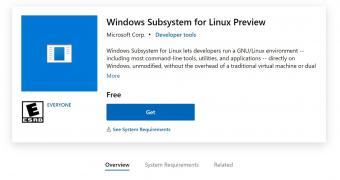 Microsoft has announced that the Windows Subsystem for Linux is now available as a stand-alone app in the Microsoft Store for Windows 11 users.

in other words, WSL is no longer bundled with the operating system but can be downloaded right from the Microsoft Store as long as you run the latest Windows version from Microsoft.

In case you’re wondering why this is such a big deal, it all comes down to how the Windows Subsystem for Linux is updated in the first place.