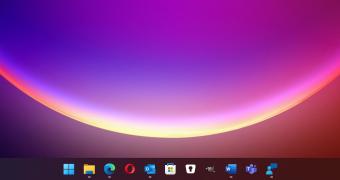 Windows 11 is now live with lots of improvements, but on the other hand, it also needs further polishing, especially for the features that Microsoft has introduced new in this operating system.

The taskbar, for example, features a new approach that has all the icons centered, with the Start menu also realigned based on an idea originally implemented in Windows 10X.

But one feature that’s missing from the taskbar is support for ungrouping app icons and show labels, something that users really don’t seem to be able to live without.

Combining the app icons on the taskbar

In a post on the Feedback Hub, which has already received over 11,000 upvotes, users explain Windows 11 shouldn’t always combine app icons, as this significantly affects their productivity.

“I would like to submit my disappointment that Windows 11 has killed Taskbar Button ungrouping, an important multitasking feature many people use – very lim… (read more)
Source: Softpedia News