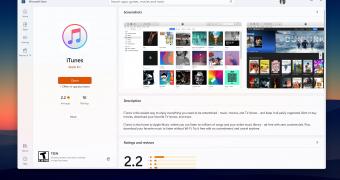 Microsoft’s new Windows 11 app store is now rolling out for Windows 10 users who aren’t part of the Windows Insider program.

The whole thing is happening in stages, and Microsoft says it should be completed rather sooner than later, especially as it wants the new store experience to become available for everybody.

The new Microsoft Store on Windows 11 comes with important improvements, not only in terms of looks and features but also as far as the underlying policy is concerned.

For example, Microsoft is now allowing browsers to use their very own engines on Windows 11, therefore no longer forcing them to implement the native engine. At the same time, Microsoft is also allowing third-party stores in the Microsoft Store, such as Steam.

But the biggest improvement on Windows 11 and not available on Windows 10 is the availability of Android apps in the Microsoft Store. Powered by the Amazon Appstore, this feature will… (read more)
Source: Softpedia News