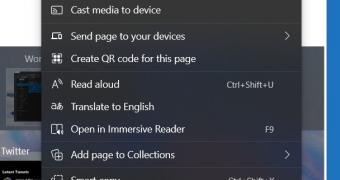 Windows 11 will go live next week with massive visual improvements, including not only a new Start menu without live tiles and centered taskbar icons but also rounded corners now available system-wide.

Needless to say, Microsoft itself has also updated all of its first-party apps to align with the look of Windows 11, therefore adding things like the rounded corners to other software available for users.

And now it looks like Google is planning to do the same, as the company has started the work on Windows 11-inspired context menus for Google Chrome.

Leo Varela has discovered a new patch in the Chromium Gerrit that is called “Configure menus with rounded corners for Windows 11,” which when enabled “they display Windows 11 style menus on Windows 11.”

According to a reddit post, the same menus will also be available on Windows 10, even though, as anyone cou… (read more)
Source: Softpedia News