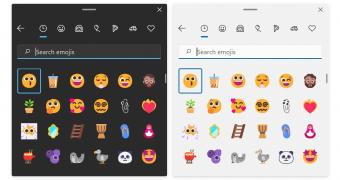 The most recent Windows Insider preview build released by Microsoft to the Dev channel includes a new Fluent emoji experience, therefore aligning this feature whose popularity is continuously increasing with the modern touch bundled with the operating system.

Announced back in July, this new Fluent emoji also supports Unicode emoji up to version 13.1, which means users are also getting new smiley faces as part of this release.

And of course, the new and refreshed emoji have been redesigned to look not only fun but also more modern.

“Emoji have become part of the way we communicate. Extending our expression by providing humor, feelings, and fun. You will notice we have redesigned all the emoji and introduced some nostalgia for our fans by making the standard paperclip emoji our beloved Clippy! As part of this rollout, we’re adding support for Unicode emoji up to Emoji 13.1 which includes new emoji such as face in the clouds, heart on fire, space with spiral eyes pl… (read more)
Source: Softpedia News