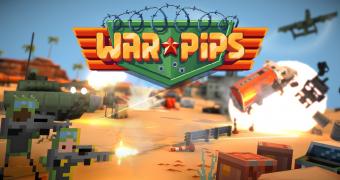 Should I wait for more funds to deploy an APC, or should I simply put up a turret and two pipsqueaks to break the incoming enemy wave? Do I need to level up my current force or should I get A larger force out? Are mines a good idea? Should I activate one of my two special buttons or is my war effort better served by acting conservatively? These are just some of the battlefield dilemmas thrown up by tactical situations in Warpips.

The title is developed by Skirmish Mode Games, with publishing handled by Daedalic Entertainment. The game is right now in Early Access on Steam, delivering a unique take on the strategy genre.

In Warpips the player does not directly control his force. He can choose who he takes into battle and when to deploy his forces. But once out on the field, they choose where to take cover and who to target. As armies battle, the player gets points to spend, augmenting his abilities with better troops, more space to field units, or extra cash to get … (read more)
Source: Softpedia News