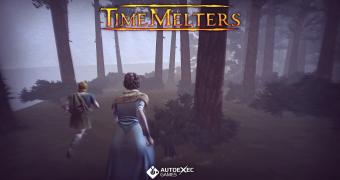 With no spirits to infuse into the world my character is reduced to blue hand bolts, which take down one enemy easily enough but have problems with big groups. I take down one Pawn that has some mystical energy and power up a tree. That mix of nature and magic takes down an entire group of enemies, which nets me more spirits. I use them to bring out a fire creature, but I fail to keep tabs on a smaller group of enemies and I die. I hope that the time-traveling second copy of myself can do a better job.

Timemelters is both created and published by Autoexec Games. The game will be coming to Steam and is currently on Kickstarer, with the team aiming to deliver it in late April 2022. The currently available preview content reveals a cool mix of action and tactics with a good implementation of time travel.

Gamers take on the role of Teagan, a capable but fragile magic-user that’s threatened by both a world that does not trust her kind and by a slowly encroaching evil. S… (read more)
Source: Softpedia News