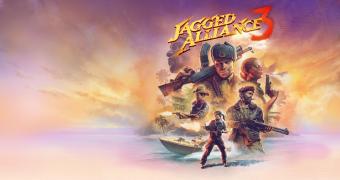 THQ Nordic acquired quite a few studios and IPs in the last couple of years, so it’s no wonder that it has so many great games in the works. During its 10th anniversary digital showcase, the publisher revealed several major titles that will make it to PC and consoles in the coming months.

One of the nice surprises is Jagged Alliance 3, the third installment in the series set to arrive on PC more than a decade after the previous title made its debut. Developed by Haemimont Games (Tropico, Surviving Mars, Victor Vran), Jagged Alliance 3 is closer to the original formula that made the Jagged Alliance series popular among fans of the tactical turn-based genre.

Presented as a true successor to the beloved series, Jagged Alliance 3 puts players in the shoes of a leader who commands a mercenary organization in the fictional country of Grand Chien, a land ravaged by a brutal paramilitary force known as “the Legion.”