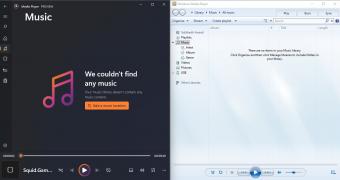 Microsoft has announced a new media player specifically built with Windows 11 in mind, and naturally, many see this as the successor to the famous Windows Media Player.

At some level, this isn’t wrong, though on the other hand, the new Media Player in Windows 11 will actually replace Groove Music and even import all its database automatically once installed.

However, the legacy version of Windows Media Player will continue to be available in Windows 11, though it goes without saying most people would prefer the modern version anyway.

A comparison screenshot published by reddit user TheSiZaReddit shows just how much Windows Media Player has evolved, and at the end of the day, how much Windows as a whole has changed, especially in terms of looks and design language.

Microsoft too is very proud with the … (read more)
Source: Softpedia News

Apple rolled out iOS 15 last week, and just as expected, plenty of users rushed to download and install... read more