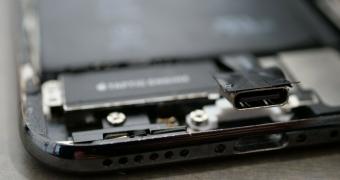 Apple doesn’t seem to have any intention of producing an iPhone with an USB-C port because this would pretty much mean the company is giving up on its proprietary Lightning port.

And despite the constant pressure from both consumers and organizations across the world, the Cupertino-based tech giant sticks with Lightning on the new iPhones as well.

In the meantime, a student has managed to build what Apple clearly doesn’t want to: an iPhone with a USB-C port, and as it turns out, everything works as you’d expect it to work.

In other words, it charges just like an Android device, though the owner clearly said from the very beginning that updating, restoring, or erasing the iPhone isn’t recommended because this would break the port.

The USB-C iPhone X ended up on eBay where it enjoyed a massive success. The auction came to an end this week, and the lucky winner has to pay no m… (read more)
Source: Softpedia News