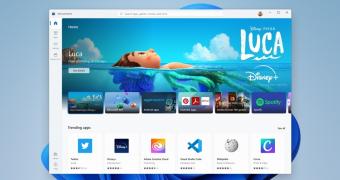 One of the biggest changes coming with Windows 11 concerns the Microsoft Store, as the Redmond-based software giant has implemented a series of major changes that are supposed to make it the go-to destination for downloading anything on the new OS.

Not a long time ago, for example, Microsoft announced that it would allow browsers to be listed in the Microsoft Store with their very own engine, unlikely on other platforms where they need to use the native browsing engine by default.

Furthermore, third-party app stores will also be listed in the Microsoft Store, as Microsoft is clearly hoping this freedom would attract more and more users.

Initially released as a preview, the new Microsoft Store is finally available as a stable version, with the timing seemingly just right. Windows 11 is projected to be released to the first users next week, so the Microsoft Store is now ready for action.

Android apps in the store