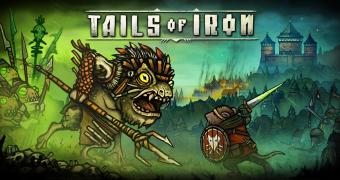 If you get past the initial awe after learning that Tails of Iron is narrated by Geralt of Rivia actor, you will discover a very interesting and challenging game that mixes the best of two worlds: side scrollers and action RPGs. The difficulty is almost soulslike, while the tale is dark and riveting, with enough variety to make you want to rebuild the entire rat kingdom.

Although the difficulty is challenging, the second game developed by Odd Bug Studios is not a Dark Souls inspired creation. Tails of Iron walks its own path following a medieval fantasy theme set in the world of animals. From the very first minutes of the game, you will realize that this a brutal frog eats rat world. Though he has older and bigger brothers, after the rat king is killed, it falls to Regie, our hero to save the kingdom.

The task will be daunting, because after you manage to recover your brothers from the clutches of the evil frog clan you will have to deal with the problem of … (read more)
Source: Softpedia News