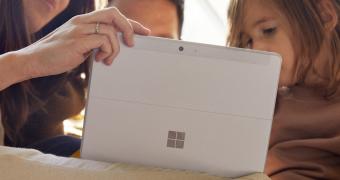 In addition to the Surface Duo 2 and the Surface Pro 8, the Surface Go 3 is also expected to see the daylight this week at Microsoft’s hardware event, again with notable improvements under the hood.

While the Surface Pro 8 will go most likely go for a new more modern design, with smaller bezels and an increased screen estate, the refreshed Surface Go will stick with the current appearance, so the same painfully large bezels will live on for at least one more generation.

And according to information published by WinFuture, the Surface Go 3 will come with important upgrades under the hood, though it’s pretty clear Microsoft still wants to position this device as an entry-level model specifically to be offered at a lower price point.

First and foremost, the Surface Go 3 will be offered with a choice of two processors depending on the version you choose. The first of them… (read more)
Source: Softpedia News

The first game signed by The Wandering Band proves to be a relaxing and endearing experience thanks to its... read more