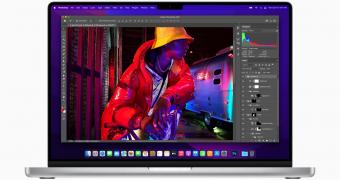 Just like it happened with the iPhone X back in 2017, the new-generation MacBook Pros come with a very controversial design change.

It’s the infamous notch, the one the migrated from smartphones to laptops and is now causing so much criticism aimed at the Cupertino-based tech giant.

And at some level, people complaining about this design choice aren’t wrong. Without Face ID and only serving as the home of a handful of sensors, the notch makes little sense, especially because other PC makers, such as Dell, for instance, managed to embed all of them in the tiny bezel at the top.

And of course, there’s no reason Apple wouldn’t be able to do that, but instead, it decided to go for a notch that everybody seems to be talking about these days.

Smaller notch likely on next MacBooks

Apple, on the other hand, doesn’t think the notch is such a major issue. In fact, it’s a smart thing, Shruti Haldea, Product Line Manager, Pro Mac, said on the <a href="https… (read more)
Source: Softpedia News