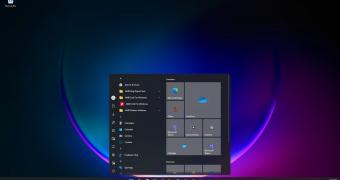 Microsoft completely overhauled the Windows 11 desktop with a new Start menu and centered taskbar icons, but it goes without saying not everybody is a big fan of all these changes.

As a result, some of those upgrading from Windows 10 are looking into ways to restore the original desktop, yet Microsoft isn’t willing to offer any options in this regard.

Thanks to Start11, a new application that has recently reached version 1.0, users can now restore the Start menu look in the previous versions of Windows and even customize the desktop with all kinds of extras.

So in addition to making the Windows 11 Start menu look like the one in Windows 10, there’s also very good news for those who aren’t receiving the new operating system. Due to updated system requirements, some Windows 10 PCs aren’t getting the update to Windows 11, but thanks to Start11, this thing doesn’… (read more)
Source: Softpedia News