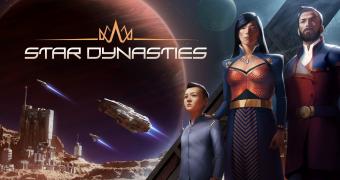 Imogene Pugh rules seven-star systems, one personally, the others via trusted vassals who like her. She can also conquer two more but is not yet willing to accept the reputation drop involved before some claims are fabricated. She also has a sister, married off to a distant duke, that regularly tries to draw her into wars without merit. But the biggest problem in Imogen’s life is that her family is getting too big, a major faux pas in a universe of limited resources. So she needs to deal with an unhappy son, who she needs to lead her fleet. A fleet that will be a major part of a rebellion that should make her a powerful Archon.

Star Dynasties was developed by Pawley Games and published by Iceberg Interactive on the PC. The game is a strategy title with a science fiction theme that is more focused on characters and their actions than in massive battles or careful industry management.

The premise on which the game’s world is based is elegant: Earth has started coloni… (read more)
Source: Softpedia News