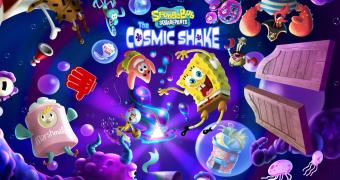 Nickelodeon’s SpongeBob SquarePants is getting another game that promises an adventure of cosmic proportion. During THQ Nordic’s 10th anniversary digital showcase, the publisher revealed SpongeBob SquarePants: The Cosmic Shake, the next installment in the beloved 3D platformer series.

This time around, SpongeBob and Patrick will be traveling to seven distinct worlds like Wild West Jelly fish Fields and Halloween Rock Bottom. Many of the iconic characters from the classic Nickelodeon show such as Mrs. Puff and Flying Dutchman are making a comeback.

In SpongeBob SquarePants: The Cosmic Shake, SpongeBob and Patrick meet a mysterious fortune teller who is kind enough to grant them many wishes. Unfortunately, the two buddies open up portals by mistake to so-called Wishworlds, which wouldn’t sound so bad if their friends wouldn’t get lost in them.

“Everything is possible in the infinite expanses of the cosmos … there might even be a reality where mayonnaise isn’t … (read more)
Source: Softpedia News