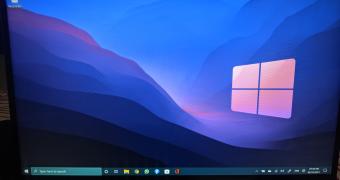 Microsoft has started the rollout of Windows 11 earlier this week, and unsurprisingly, plenty of users out there rushed to install the operating system, not only from Windows Update but also using the alternative download methods, including the Update Assistant released by the company itself.

As it turns out, however, not everybody installing Windows 11 ends up getting a flawless experience, and some of those who turn to the Update Assistant actually get a mix of new and old features.

As you can see in the screenshot here and published by reddit user Mastermind1703, their Windows 11 install actually comes with the Windows 10 taskbar, while the Start menu is completely broken.

Several others have confirmed the same thing on their devices, and right now, no workaround is known to exist, other than installing Windows 11 from scratch.