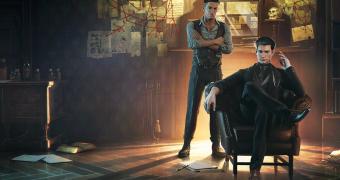 After revealing that the PlayStation 4 and Xbox One versions of Sherlock Holmes Chapter One will be delayed by a few weeks, developer Frogwares announced the game will be coming out on the rest of the platforms on November 16.

That being said, you can expect Sherlock Holmes Chapter One to be available on PC, PlayStation 5, and Xbox Series X/ for $45. There will also be a Deluxe Edition available for purchase for $60, as well as a season pass that doesn’t have a price tag yet.

Pre-orders are now open on all platforms and those who buy the game ahead of its launch will receive the Victorian Starter Pack, which includes a special quest titled “The Lead Zeppelin,” a unique Consulting Detective and The Victorian Vampire in-game outfits, 500 Manghirs (the currency of Cordona Island) which players can use for various cosmetic customization options.