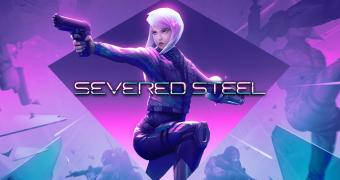 This is my tenth attempt at clearing this level. I have a plan, I have my arm cannon, I have some incredible moves that make me invulnerable. I know how to deal with at least the first five enemies, using a combination of sliding, wall-running, conservation of ammo, and powerful kicks.

The problem is the disconnect between my planning and my ability to execute it. I take down four of the opponents quickly, although not exactly like I envisioned. And then I panic because I don’t have any more ammunition. I should wall-run back to a corpse and pick up another weapon or simply use my cannon. But, instead, I chuck the SMG at an enemy and try to get close enough to punch him and take his gun. Unfortunately, he has a backup close and he shotguns me to death pretty quickly.

Severed Steel is created by Greylock Studios and published by Digerati. I played it on the PC using Steam, but the game is also available on the Nintendo Switch, PlayStation 5, Xbox Series X, and S as… (read more)
Source: Softpedia News