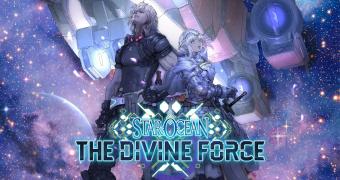 The Divine Force is the sixth main installment in the Star Ocean franchise and marks the series’ 25th anniversary. Although the game won’t be out this year, it’s definitely a nice way to celebrate on of the long running RPG series with millions of fans around the globe.

During Sony’s State of Play digital event, developers tri-Ace and Square Enix announced Star Ocean: The Divine Force will be coming to PC, PlayStation 4, PlayStation 5, Xbox One, and Xbox Series X/S in 2022.

Just like the previous Star Ocean games, The Divine Force will feature a story that mixes sci-fi and fantasy elements, a rich lineup of characters and side stories, as well as a battle system that promises “exhilarating combat with easy control.”

Veterans of the series will probably be happy to learn that the “Double Hero” system will make a comeback. In this system, the story spanning the stars and beyond will unfold from the perspective of each protagonist, one from an advanced civilization (… (read more)
Source: Softpedia News