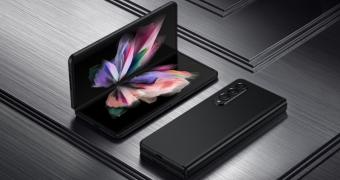 Samsung has recently launched the Galaxy Fold 3 with much fanfare, and this makes perfect sense, as this particular model is playing a key role in the company’s long-term push for foldables.

So the South Koreans hope everything would just go as smoothly as possible, with users out there to be provided with simply the best experience from one and to another.

Well, Samsung customer and Galaxy Z Fold 3 buyer Chad Christian went through something that brought back awful memories: his foldable caught fire all of a sudden, just like a genuine Galaxy Note 7.

Before anything, let me set things straight: the device was already damaged after the owner fell off a bike, and almost certainly, this is what caused the fire in the first place.

Not a new Note, that’s for sure

“The Samsung Galaxy Z Fold 3 blew up on me when I was getting ready to box it up. Had to throw it in the garage. Definitely had some integrity damage,” the owner said on Twitter. “For the r… (read more)
Source: Softpedia News