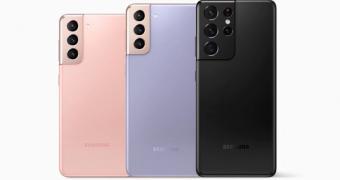 Now that Apple has officially unveiled its new-generation iPhone, the world can focus on the next big announcements in the mobile world, and without a doubt, the upcoming Samsung Galaxy S22 is one of them.

While the South Koreans are trying to remain tight-lipped on the whole thing, new information coming from GalaxyClub reveals that the Galaxy S22 might feature a change that few people anticipated.

This is because the battery to be installed on the S22 might be smaller than the one of its predecessor, even though the trend is obviously to installer larger battery packs and therefore offer increased autonomy.

Worth noting, however, is the model we’re talking about here is the standard S22, as the Ultra version… (read more)
Source: Softpedia News