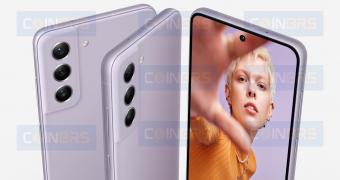 Now that Apple has officially launched the iPhone 13 and Google started selling the Pixel 6, the next big release in the mobile market is without a doubt the next generation of Samsung phones.

Needless to say, the Galaxy S22 is one of the most anticipated releases of 2022, but at the same time, Samsung is also giving the finishing touches to other models that are playing a very important role in its mobile strategy overall.

The Galaxy S21 FE, for example, is projected to provide customers with the essential feature package originally bundled with the main Galaxy S21, but with small tweaks that allow Samsung to stick with a lower price tag. This is an approach that Samsung has also used before for FE-branded models and which is expected to be used again for a cheaper model of the Galaxy S21.

Up to this point, however, Samsung has remained completely tight-lipped on the Galaxy S21 FE, though we heard on several occasions that the device could go live at some point i… (read more)
Source: Softpedia News