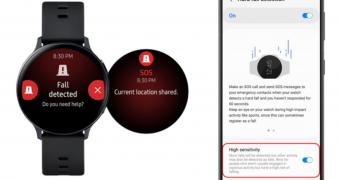 Samsung’s new Galaxy Watch 4 embraces one big change as compared to all its predecessors: it gives up on Tizen and goes for Wear OS, therefore giving Google’s wearable operating system a huge boost in the competition against Apple’s watchOS.

The new rollout, which will happen via a software update to go live on these devices, is mostly focused on health capabilities and personalization options.

So for example, those who own a Galaxy Watch Active 2 or a Galaxy Watch 3 will get support for fall detection. This system automatically detects when the wearer has recorded a fall, asking for input, and in case no response is offered, it can automatically … (read more)
Source: Softpedia News