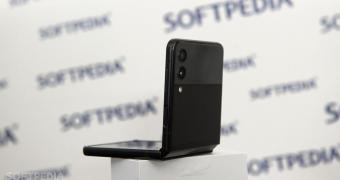 Samsung is one of the companies betting all-in on foldables, and given its full commitment to this form factor, it makes sense for devices like Galaxy Z Flip3 and Galaxy Z Fold3 to be promoted on every single occasion.

But as it turns out, Samsung is also having some pretty big expectations for the 2022 generation of foldables, as a recent report indicates the company wants to sell no less than 10 million units next year.

More specifically, this figure only concerns the third and the fourth quarter of the year, as Samsung is expected to launch its new foldables in the summer.

The South Korean company also has some pretty big expectations from the Galaxy S22 as well. The same source indicates the firm wants to produce nearly 38 million units in 2022, as well as over 78 million devices as part of the Galaxy A lineup.

So clearly, Samsung believes the phone market would be strong enough next year to… (read more)
Source: Softpedia News