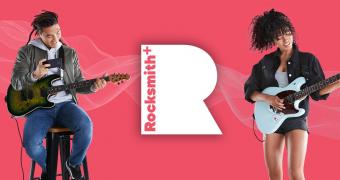 The team behind the Rocksmith franchise confirmed this week that the next installment in the series will no longer be released this year. Although the developers targeted a “Summer 2021” launch on PC, it has become clear that Rocksmith+ needs a lot of work to be ready for prime time.

Following the feedback received from players since the Rocksmith+ beta ended in July, and taken into consideration all the beta surveys, the Rocksmith team has decided to push back the launch of the game to 2022.

“We originally targeted a “Summer 2021” launch on PC. We didn’t set a hard date because we wanted the flexibility to react to feedback and to adjust release timelines to match. We’ve mapped out the work we’d like to prioritize following your feedback and decided to push the release of Rocksmith+ to 2022.”

Of course, the delay stems from the fact that Ubisoft wants to make a better game and for Rocksmith+ to meet the high expectations of the fans, it seems that extra … (read more)
Source: Softpedia News