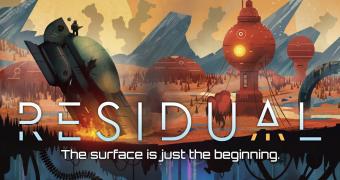 A purple plant that hangs from the ceiling grabs my intrepid explorer. He doesn’t die but a campfire is needed to replenish my energy while a big orange drives up my health. I have plenty of suit power left to explore this underground area, as long as I avoid any other encounters. I should remember to pick up vines, which I need to make at least a ladder and a few bombs. Once I feel I have enough of them (along with other supplies) my trusty teleporter can quickly move me to my ship and, more importantly, my crafting station.

Residual is developed by the team at Orangepixel and published by Apogee Entertainment, on the PC via Steam and on the Nintendo Switch. The title aims to take procedurally generated worlds and mix them with survival and puzzle ideas.

The narrative setup starts off with the player character crashing his exploration ship into a planet and then waking up with a limited number of resources and a trusty bot as a companion. There’s little in the way… (read more)
Source: Softpedia News