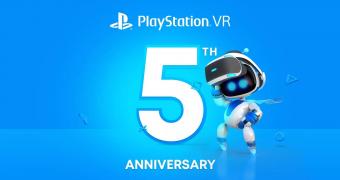 Sony is celebrating five years of PlayStation VR games and to mark the milestone, the Japanese giant has decided to offer PS Plus member three additional PS VR games starting next month. Although the titles haven’t been named yet, judging by the wording, we expect the promotion to continue even after November.

In the same piece of news, Sony also revealed some data about the PS VR games it released since the launch of the virtual reality headset five years ago. First off, we now know which are the most-played five PlayStation VR games globally: Rec Room, Beat Saber, PlayStation VR Worlds, The Elder Scrolls V: Skyrim VR, and Resident Evil 7 biohazard.