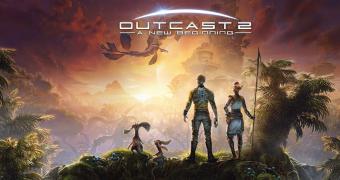 THQ Nordic has decided to revive the Outcast series, which hasn’t received a new title in more than a decade. Outcast 2 – A New Beginning is a third-person, open world, action-adventure sequel to the 1999 cult classic, which you should definitely play even after all these years.

Outcast 2 – A New Beginning is in development at Belgium-based Appeal Studios, the original creators behind Outcast (1999). The studio was founded three years ago, and it was acquired by THQ Nordic back in May.

The upcoming game has the same protagonist, Cutter Slade, who’s now returning to the alien world of Adelpha for another adventure. Resurrected by the Yods, Slade has returned to find the inhabitants of the world enslaved and the Adelpha stripped of its natural resources, so it’s up to him to go on a mission and save the planet once again.