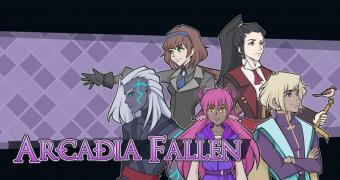 Arcadia Fallen is an upcoming visual novel successfully funded on Kickstarter in the summer of 2020. The goal of the Kickstarter was to raise money for AAA-quality voice acting by talents such as Joe Zieja (Fire Emblem: Three Houses) and Erica Lindbeck (Persona 5, Final Fantasy VII Remake), with voice direction by Philip Bache (Life is Strange, The Elder Scrolls V: Skyrim).

Arcadia Fallen is a Nordic-inspired fantasy where you get to roleplay a young alchemist apprentice bound to an illegal spirit. As you are drawn into a war between humanity and magic, you’ll have to team up with a group of misfits to escape and, hopefully, save the world.

Although this feels more like a generic premise, it’s the interactions between the characters and how you decide to roleplay your character that will make Arcadia Fallen stand out. To help with that, the game features a customizable protagonist and a dialogue system that allows players to shape their character’s personality as t… (read more)
Source: Softpedia News

Can you really get a website even without knowing anything about code, and without paying a fortune? Find out. The... read more