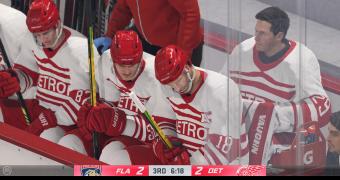 As I said not a long time ago when I reviewed FIFA 22, sports simulators are a niche that’s going to have millions of fans for as long as the sports themselves are popular.

And regardless of the changes developers make to these games, people are still going to buy them every single year, and without a doubt, FIFA is just living proof in this regard.

NHL, on the other hand, is an even smaller niche. While it’s theoretically aimed at Americans and Canadians, it also has fans all over the world, though it goes without saying its player base isn’t necessarily as large as the one of FIFA for obvious reasons.

But NHL is still a franchise that’s selling like hotcakes every year despite all the criticism it sometimes receives, and make no mistake, NHL 22 will be a hit as well even if some players out there aren’t necessarily impressed with EA’s changes.

If you’ve never played NHL before but you’re a hockey fan, there’s no doubt you need to get the game on new-gen console… (read more)
Source: Softpedia News