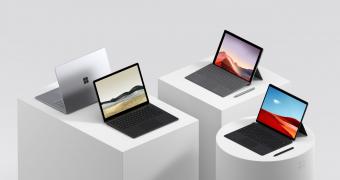 Microsoft is getting ready to announce a new lineup of Surface devices at its September 22 event, and while the company has decided to remain tight-lipped on everything that will be announced at the show, we already know a Surface Duo, a new Surface Pro, and a Surface Go 3 are all expected.

The announcements, however, could also bring us a new high-end Surface that will cost more than $3,000 in the top-of-the-range configuration.

That’s according to tipster Roland Quandt, who says that Microsoft is planning to launch at least two devices in addition to the Surface Go 3, including one that will be priced at over $3,000.

No further specifics have been provided, but judging by the price, there’s a chance Microsoft introduces a new Surface Studio PC.

In theory, the only devices that could cost more than $3,000 in their top-of-the-line configurations are t… (read more)
Source: Softpedia News