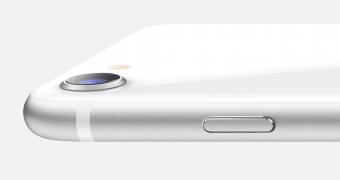 Apple is believed to be planning a complete demise of the iPhone mini, as the 5.4-inch form factor isn’t selling exactly as the company expected in the first place.

And this means the iPhone lineup will be mostly focused on larger devices, as the iPhone SE is already an old model and a refresh doesn’t seem to be planned anytime soon.

But a new iPhone SE is actually on its way, and according to display analyst Ross Young, it’s going to happen as soon as the next year. On the other hand, it’s not the iPhone SE you expect to get.

First and foremost, this won’t be the iPhone SE 3 that the world has been waiting for but a so-called iPhone SE Plus coming with the same 4.7-inch LCD panel as the iPhone 8.

I know what you’re thinking: isn’t a Plus iPhone supposed to feature a larger screen? In theory, it is, but this time, Apple could aim for a different approach … (read more)
Source: Softpedia News