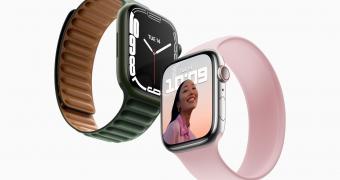 Apple took everybody by surprise this year when it announced the new Apple Watch Series 7, yet this time the thing that nobody expected was the same old design used on the smartwatch.

People close to the matter said on several occasions that the new Apple Watch Series 7 would come with a major redesign, as Apple wanted to give up on the curved edges and instead go for flat sides inspired by the ones available on the iPhone 12.

While the early feedback on this design was mixed, Apple was believed to be very committed to this new approach, despite some production challenges encountered by suppliers specifically because of this design.

The company, however, ended up without going for this major redesign on the Apple Watch, sticking with the curved edges for at least one more year.

And according to Bloomberg’s Mark Gurman, Apple is still likely to… (read more)
Source: Softpedia News