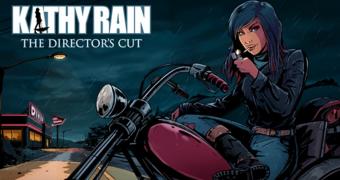 Originally released back in 2016, ‘90s-set mystery adventure game Kathy Rain is making its way to PC once again, but his time in an extended form. The Director’s Cut version of the game promises to bring new features and content to those who already played the original, as well as over 700 fully voiced lines of bonus story and dialogue.

Developed by Clifftop Games, Kathy Rain received high praise from both critics and players. With the Director’s Cut version that improves and expands upon the original with updated features like new puzzles and locations, developers are trying to bring a classic point-and-click adventure to new audiences.

Available today on PC, Mac, and Linux via Steam and GOG for $14.99, as well as on iOS and Android for $4.99, Kathy Rain: Director’s Cut is expected to make its debut on Nintendo Switch in the very near future.