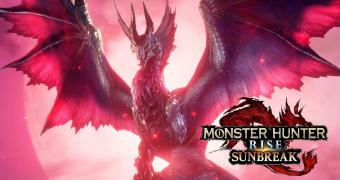 Capcom’s Monster Hunter franchise is getting bigger every year and that’s great since the latest installments have been very good. The Japanese developer recognizes the success the Monster Hunter series had in the last couple of years and is giving fans one more reason to be excited: another Monster Hunter game.

We’ve also learned that Monster Hunter Rise: Sunbreak will include an all-new storyline with more new monsters, in addition to new locales, gameplay elements, quest rank, and more. Unfortunately, aside from a teaser trailer, nothing else has been revealed about the upcoming expansion, although we do know it’s set to arrive in Summer 2022 on both Nintendo Switch and PC at the … (read more)
Source: Softpedia News