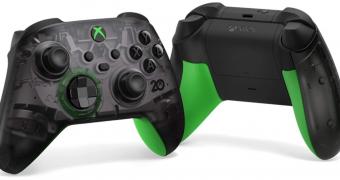 Xbox fans are probably having a hard time keeping up with all the new wireless controllers Microsoft has been putting out on the market in such a short time. We’re sorry to put even more salt on the wound, but Microsoft has just announced new Xbox accessories that no fan should miss.

Both will hit the shelves on November 15, but they are now available for pre-order for $69.99 each via Microsoft Store. Free shipping and hassle-free returns are included too.

The 20th Anniversary Special Edition controller is a new spin on the translucent green of the original Xbox Debug kit. As seen in the image, the body of the controller features a translucent black finish with sliver internals a… (read more)
Source: Softpedia News