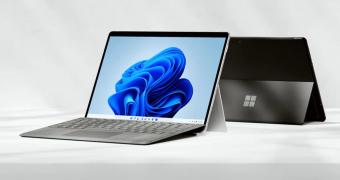 Microsoft has recently announced the Surface Pro 8 with Wi-Fi, but many people were obviously hoping for an LTE version that would allow them to remain connected even on the go.

And as it turns out, the Redmond-based software giant was aware that LTE support is a must-have for some customers, so the company is already working on such a device.

The Microsoft Surface Pro 8 with LTE Advanced will therefore launch next year, though no other specifics have been provided at this point. What we do know, however, is that the LTE support would be powered by a removable SIM and eSIM, with the Qualcomm Snapdragon X20 LTE modem to be in charge of the whole thing.

The rest of the specs are identical to the ones of the main Surface Pro 8, though we should expect the LTE version to be a little bit more expensive given the extra functionality.

The standard Surface Pro 8 with Wi-Fi starts at $1,099 in the United States.

Possibly launch in the spring of 2022