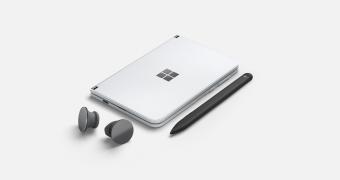 Microsoft is expected to announce the Surface Duo 2 during a dedicated event next week, and while the company has remained tight-lipped on everything related to this new device, people familiar with the matter have suggested the new model is very likely to come with major hardware upgrades.

More specifically, Microsoft doesn’t want to make the same mistake twice, and after rolling out the Surface Duo (the original model) with a previous-generation processor, the company is now expected to make the new device a flagship model in all regards.

An FCC document discovered by Windows Central recently provides us with a closer look at some of the features expected on the Surface Duo 2, and indeed, these seem to suggest Microsoft is aiming for a high-end device this time.

For example, 5G support is very likely to be offered, and this makes perfect sense, especially given we’re currently living in a 5G revoluti… (read more)
Source: Softpedia News

Microsoft has released a new Windows 11 wallpaper, and this time, the company says its purpose is to prepare... read more