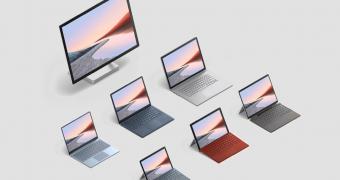 A new study conducted by YouGov for Microsoft reveals that 66 percent of the workers in the United Kingdom are still using the same device as before the start of the pandemic.

In other words, their companies haven’t upgraded their devices as frequently as before, so now that most people are working from home, this could lead to serious productivity problems.

Microsoft says that its research indicated no less than 35 percent of the workers who received a new device since last year actually reported a noticeable increase in productivity.

“Employees feel they are not being listened to. Half (51%) of them believe devices are provided based on job role alone – with individual requirements not considered as standard. Only 31% feel their individual needs and accessibility requirements are taken into consideration, a numb… (read more)
Source: Softpedia News