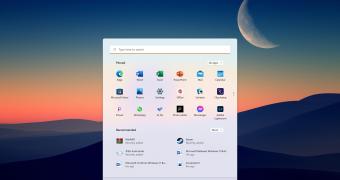 Microsoft has recently released a new Windows 11 preview build for insiders enrolled in the Dev channel, and this time, the company has included a series of more notable changes.

The first of them is an option to mute and unmute the microphone when using Microsoft Teams, all from the taskbar.

At the same time, the company has also resolved several important bugs in Windows 11, including a glitch affecting the search experience and causing high memory usage.

“[We] fixed a recent issue that was causing the indexer database to become too fragmented, leading to the indexer unexpectedly consuming a large amount of memory and CPU for a prolonged period of time. This was particularly noticeable for people that have large Outlook mailboxes,” Microsoft explains in the official changelog.

You can check out all the fixes and known issues in the box after the jump.

Important issues to keep in mind

But when it comes to known issues, there’s one problem that… (read more)
Source: Softpedia News