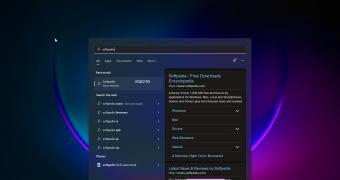 Microsoft has recently released a new Windows 11 preview build for insiders, and one notable fix concerns the search feature available on the OS and integrated into the taskbar.

Some insiders have previously encountered an unexpected problem when trying to use the search feature, as the menu only appeared fully black and didn’t display any content.

And according to Microsoft, the bug is gone in Windows 11 build 22483, so in theory, you should be able to search just fine in the operating system after installing this latest build.

At the same time, Microsoft says it has also refined the search in settings screen, so now if you search for “display,” you should be able to see the display settings, as expected.

There are also fixes for WSL and the NTFS implementation on Windows 11, Microsoft explains.

“Trying to access the Linux entry for WSL in File Explorer’s navigation pane should no longer pop up an error saying “wsl.localhost is … (read more)
Source: Softpedia News

The world is slowly but surely leaving the 32-bit versions of Windows behind, as new data shows almost everybody... read more