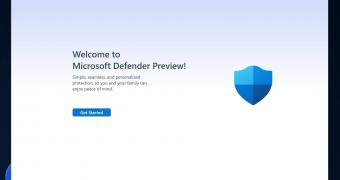 Windows 11 comes with a massive overhaul not only of the operating system itself but also of several first-party apps, and as it turns out, it’s all just a work in progress and Microsoft doesn’t stop here.

A tweet recently published by AL seems to suggest that Microsoft is also working on giving its antivirus a welcome Windows 11 makeover that makes so much sense for everybody.

But of course, very little is known at this point, though the accompanying screenshot does seem to reveal a new Microsoft Defender Preview UI.

Most likely, it’s all just a visual refresh that Microsoft is working on for Microsoft Defender, especially as it wants its security hub to also feel as modern as the rest of the OS.

If this is indeed a thing that Microsoft is currently developing, expect insiders to be given the chance of taking it for a spin rather sooner than later, with everyone on Windows 11 to receive i… (read more)
Source: Softpedia News