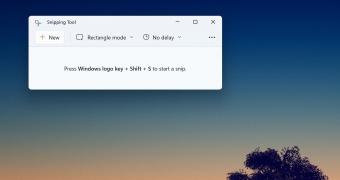 Microsoft has finally confirmed a bug in Windows 11 that causes some apps, including the Snipping Tool, to no longer work. Furthermore, Microsoft says, some other apps and OS components could be affected as well.

Users relying on Snipping Tool discovered the problem a few weeks ago when they noticed the app was no longer launching all of a sudden. Microsoft now explains that the whole thing is caused by an expired certificate, while at the same time revealing that Snipping Tool isn’t the only app affected by this problem.

“Starting on November 1, 2021, some users might be unable to open or use certain built-in Windows apps or parts of some built-in apps. This is caused by an issue with a Microsoft digital certificate, which expired October 31, 2021,” Microsoft said.

A full fix is already in the works

In addition to Snipping Tool, Microsoft says other OS components might be impacted as well, including the Getting started experience and Tips, the I… (read more)
Source: Softpedia News