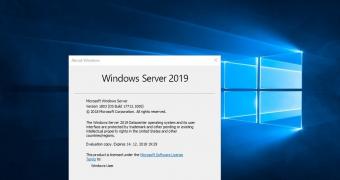 Microsoft has released a new series of out-of-band updates, though this time, they are specifically aimed at Windows Server (no consumer version of Windows is targeted).

The new updates are supposed to resolve authentication issues on DCs relating to Kerberos delegation scenarios, as explained by Microsoft, with the company telling IT admins to download the patches manually and then use WSUS to install them.

“Microsoft is releasing Out-of-band (OOB) updates today, November 14, 2021, to resolve issues in which authentication might fail on DCs with certain Kerberos delegation scenarios on all supported versions of Windows Server when used as a Domain Controller. To get the standalone update package, search for it in the Microsoft Update Catalog. You can import this update into Windows Server Update Services (WSUS) manually,” the company explains.

The list of updates available for Windows Server is the following: