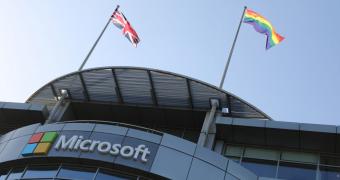 Microsoft has recently announced its financial results for the first quarter of the fiscal year 2022, and unsurprisingly, the company is once again praising its cloud platforms for their market performance.

More specifically, Microsoft says the revenue for the quarter reached $45,3 billion, which means it increased no less than 22 percent. The operating income went up 27 percent to $202. Billion.

“We delivered a strong start to the fiscal year with our Microsoft Cloud generating $20.7 billion in revenue for the quarter, up 36% year over year,” said Amy Hood, executive vice president and chief financial officer of Microsoft.

When it comes to how each unit has performed during the quarter, the More Personal Computing group increased its revenue by no less than 12 percent to reach $13.3 billion.