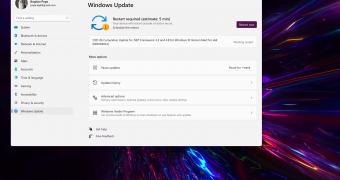 Microsoft has officially announced what it calls Update Stack Packages, which according to the company, is a new way to improve how Windows devices are being updated by delivering improvements for the update experience before a new patch is deployed.

In other words, they are updates for Windows Update that are typically shipped before devices are being provided with new operating system updates.

Currently in testing with limited insiders

For the time being, this new approach is only available for a limited number of users in the Dev channel, part of the Windows Insider program.