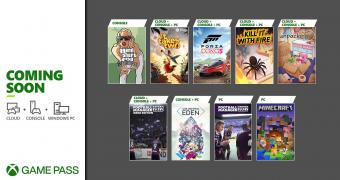 Microsoft has just revealed the first nine games joining Xbox Games Pass in November. The Redmond-based company used players with multiple monthly announcements involving new games added to Xbox Game Pass, so we’re confident that these won’t be the only games to be added to the service’s library this month.

Next, we have EA’s indie hit It Takes Two, a co-op action-adventure game playable on PC, console and cloud via EA Play. More importantly, Xbox Game Pass members can invite a friend to join the adventure with Friend’s Pass.

Football fans will be happy to know that SEGA’s next installment in the Football Manager series is joining Xbox Game Pass on … (read more)
Source: Softpedia News